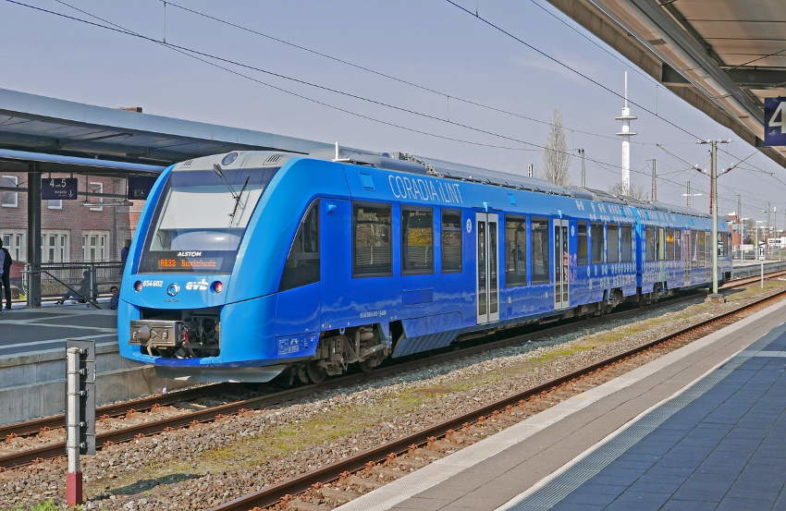 Hydrogen in Transport may be on the verge of a revolution. Hydrogen power technology has been around for decades, used in past NASA spacecraft. But it’s been too costly.

Expensive materials were needed including precious metals in the fuel cell membranes.

have so far impeded hydrogen use for transportation.

What’s more, industrial production of hydrogen from natural gas, with by-product carbon emissions, ruined its appeal as a green fuel.

But with aggressive R&D over the past decade, university studies suggest that these have successfully chipped away at the cost of hydrogen in transport.

Synthetic alternatives are replacing metals like platinum in fuel cells, while durability and performance in extreme heat and cold continue to improve.

At the same time, the rising availability of cheap renewable wind and solar power and improved use of electrolysis to extract hydrogen from water rather than natural gas is encouraging. while technology being developed by companies such as Norway’s Nel Hydrogen may be a game changer for the fuel’s environmental profile.

A new method of extracting hydrogen from water more efficiently could help underpin the capture of renewable energy in the form of sustainable fuel, scientists say.

What’s more, such efficiently improvements may soon be achievable for hydrogen in transport.

In a new paper, published recently (October 2019) in the journal Nature Communications, researchers from universities in the UK, Portugal, Germany and Hungary describe how pulsing electric current through a layered catalyst has allowed them to almost double the amount of hydrogen produced per millivolt of electricity used during the process.

If the electric current for the process of electrolysis is generated through renewable means such as wind or solar power, the entire process releases no additional carbon into the atmosphere, making no contributions to climate change. Hydrogen gas can then be used as a zero-emission fuel source in some forms of transport such as buses and cars or for heating homes.

The team’s research focused on finding a more efficient way to produce hydrogen through the electrocatalytic water splitting reaction.

They discovered that electrodes covered with a molybedenum telluride catalyst showed an increase in the amount of hydrogen gas produced during the electrolysis when a specific pattern of high-current pulses was applied.

By optimising the pulses of current through the acidic electrolyte, they could reduce the amount of energy needed to make a given amount of hydrogen by nearly 50%.

Alexey Ganin, of the University of Glasgow’s School of Chemistry, directed the research team. Dr. Ganin said: “Currently the UK meets about a third of its energy production needs through renewable sources, and in Scotland that figure is about 80%.”

“Experts predict that we’ll soon reach a point where we’ll be producing more renewable electricity than our consumption demands. However, as it currently stands the excess of generated energy must be used as it’s produced or else it goes to waste. It’s vital that we develop a robust suite of methods to store the energy for later use.

Batteries are one way to do that, but hydrogen is a very promising alternative. via phys.org

Scotland in particular has enormous potential with its high winds, and long coastline, to become a hydrogen supply economy exporting hydrogen. If so there will be a ready made demand hydrogen in transport.

The research provides an important new insight into producing hydrogen from electrolysis more effectively and more economically, and we’re keen to pursue this promising avenue of investigation.”

Since the level of catalytic enhancement is controlled by electric currents, recent advances in machine learning could be used to fine-tune the right sequence of applied currents to achieve the maximum output. The next stage for the team is the development of an artificial intelligence protocol to replace human input in the search for the most effective electronic structures use in similar catalytic processes.

The paper, titled “The rapid electrochemical activation of MoTe2 for the hydrogen evolution reaction,” is published in Nature Communications. via phys.org (October 30, 2019).

Meanwhile, things are happening for Hydrogen in Transport in the US.

Southern California to Put First Hydrogen Trains Into Service in 2024

Stadler’s hydrogen-powered FLIRT trains are to go into service on a new commuter rail line in San Bernadino County, near Los Angeles, starting in 2024.

The first zero-emission “hydrail” project in the U.S. will be in southern California, where the San Bernardino County Transportation Authority plans to operate a FLIRT H2 train from Swiss supplier Stadler from 2024.

The first train, with two cars and a rooftop power pack containing fuel cells and hydrogen tanks, will run on a 9-mile commuter rail line between San Bernardino and Redlands, under a contract worth $23.5 million, according to the SBCTA, with an option to purchase four more trains.

While near-term projects such as the Redlands commuter line and regional passenger trains using Alstom’s models in Europe are viable, hydrogen isn’t ready to move into heavier freight rail, a far bigger market, according to U.S. Energy Department hydrogen in transport researchers. via www.forbes.com

Researchers at the University of California Los Angeles (UCLA) have advanced the field of hydrogen power by creating a hybrid device that uses solar energy to produce hydrogen and electricity in a cost-effective manner.

In addition to positive and negative electrodes typically found in battery systems, the UCLA device includes an electrode with the ability to either store electrical energy. Or alternatively, use it as a catalyst for water electrolysis, the process by which hydrogen and oxygen atoms are split from a water compound.

To increase the device’s efficiency, the researcher team maximised the surface area upon which water makes contact. This additional surface area then allows greater production of hydrogen as well as increased energy storage.

Although commercial production of hydrogen has often proven to be costly and carbon intensive, the usage of ever-cheaper and clean solar power could change the game.

The materials used in the UCLA device to create hydrogen, such as nickel, iron, and cobalt, are also significantly cheaper and more abundant than precious metals like platinum typically used in the process.

Finally, the device, powered by the sun, is designed to be accessible even in isolated areas, thus increasing the viability of hydrogen as a fuel source for vehicles on long trips. Although the current model can be held in the palm of one’s hand, the principles behind the device may be applied at a greater scale. via inhabitat.com

Could it be possible that after promising so much for so long, hydrogen power may now be about to emerge as a leading sustainable and most importantly affordable technology?

Scotland could become a major player in this.

Not only that, the technology could be very well suited as an off-peak use for wind and solar energy when not needed for power grid supply use. 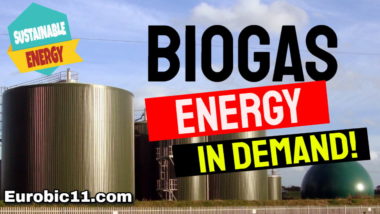 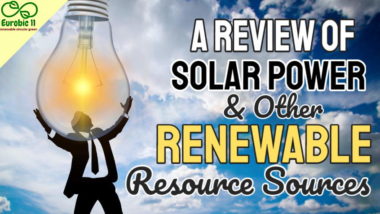 A Review Of Solar Power And Also Other Renewable Resource Sources